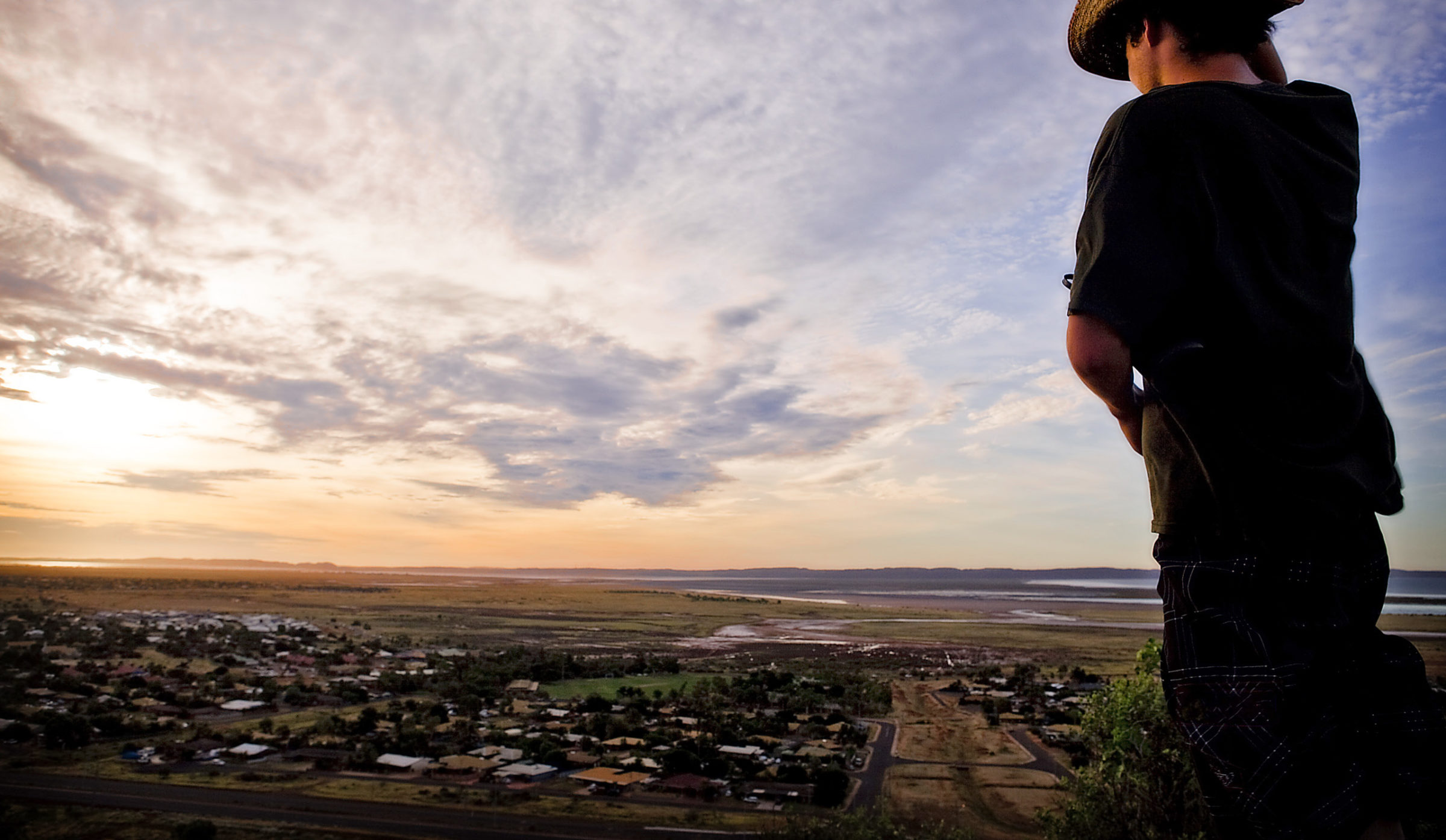 How we can ignite growth and prosperity in Australia’s dying town centres?

When you look at the media today it’s not hard to feel deflated about the future of Australia’s regional centres. We’re constantly fed stories about how they are facing drastic decline as young people, industry and jobs all move to cities. But last month Hoyne partner, Lee Valentine, and economic development consultant, Douglas Clark, spoke at the Regional Development Conference, and looked at ways to reverse these patterns, successfully igniting growth and prosperity in Australia’s dying regional centres. We sat down and asked them for their key insights on how to turn this seemingly unstoppable tide around.

Q.) Douglas, you’ve got some incredible and varied experience in economic development, advising government in Australia, the UK and Europe. From your perspective, how do we turn the tide round and attract jobs, people and investment to Australia’s regional areas?

Douglas: Two words: economic development. It’s a fairly straightforward process but it’s also a long term one and needs lots of people working on it to bring it to life. There are four things you can do: grow existing businesses or start new ones, attract businesses from elsewhere, attract people to take up the jobs created as a result and invest in the local workforce and give them the skills needed to take up these jobs too. Any successful town also has to have the community behind it, that’s an important aspect of successful economic development. If a community’s not behind the economic development plan, it doesn’t flourish. It’s also about good story telling. At the conference we heard so many positive stories about regional areas but they’re not being communicated more boardly. Having a good story and telling it to the people who you want to invest in your town is one of the secrets to success.

Q.) Lee, it’s all well and good saying you need a positive story and the support of the community but in your experience as a strategy expert in place branding and marketing how do you go about actually doing that?

Lee: You need to create a Place Vision that communicates an inspirational vision for how a town can evolve. That exercise begins with finding purpose and meaning; you need to understand the community and what makes it tick, look at what assets the community has and find out if there are any gaps that need to be filled. You must understand a place’s existing strengths which can be anything from the weather to the human capital. A fantastic example is in Detroit in the US where a brand called Shinola recognised the death of the auto industry left many skilled leatherworkers, creators of cars interiors, unemployed. Shinola employed these talented craftspeople to create luxury leather goods, from watches to bags, and the brand is now a poster child for the regeneration of the city. Uncovering these hidden possibilities is a really important part of the process. You also need to stand for something. Returning to Detroit, as a city that’s all about its industry. Detroit is very proud of its automotive history and the associated skills and history. They continue to influence direction and growth, even through the auto industry is long gone.

Also, if you want to create a strong story, you must start with people. As Douglas said, engaging the community is vital. At Hoyne we always we say, “people first”. It is the core of everything we do. You need to understand how the community wants to perceive itself because they’re the ones who will make this story come to life. Their aspirational desires are cruicial and will help you to create an authentic vision that can be told on a consistent basis, through all communication channels. The result is a rallying cry with endurance. This is a long term undertaking. It needs to continue working five to 10 years after initial launch.

Q.) Once I have my vision and my rallying cry, how does that play into the economic development plan itself?

Lee: That purpose and vision then become the main economic driver, informing what your economic development plan looks like. You use it as the blueprint to create change and prosperity. It helps you to tell your story in the right way to the right audience. For example, do you want to breathe new life into the heritage of a place to attract new investors, new jobs, more spend? Or are there gaps and you need to create a new heritage to fill these? Or perhaps you need to reinvigorate existing community assets.

Douglas: Agreed. Businesses and investors like a place with a plan, one that knows what it wants to be and has a vision for how business can contribute. So any place that is well organised, business will like that.

Q.) Finally, what are some inspiring examples of places that have done this well and have proved this approach successful in the real world?

Douglas: For me the ultimate example is Douglas, Georgia, and not just because it’s got such a great name! In 2009 the closure of a major chicken processing plant, Pilgrim’s Pride, led to the loss of 2,200 jobs over 12 months in direct layoffs, and losses from small poultry businesses that supplied the plant. The county’s unemployment rate soared to 19 per cent and the community’s congressman, Jack Kingston, came to Douglas and described the situation as “an economic Katrina”.

In response, the town created a three-pillar strategy for economic development that was grounded in co-operation between the town, county, business community, education institutions and civic leaders.

The strategy balanced attracting larger employers with real support for smaller businesses. They did things like connect small business owners and entrepreneurs to resources, and maintain a network of mentors who commited time and skills to helping new businesses survive. They also developed a retail incubator where entrepreneurs could lease space by the month to test their ideas.

When recruiting potential employers, the town placed heavy emphasis on non-cash incentives. For example, when American Insulated Wire was searching for a new site in 2006, the Chamber organised a welcoming event for visiting executives. With only 24-hours’ notice, the town got 500 Douglas residents to the airport to welcome the executives as they walked off the plane. According to one company executive: “What sold us on Douglas was the people.”

The strategy’s third pillar relied on developing new leaders with an understanding of economic development in the 21st century. The New Century Leadership gave participants hands-on learning in education, government, and the practice of economic development at local, regional and state levels. Graduates became key leaders on local boards and commissions. A Young Professionals Network continues to bring more young people into the fold.

The results are incredible: Douglas now enjoys 20 per cent growth and, between 2001 and 2011, at least 800 net jobs were created. More than 32,000 square feet of previously vacant space is occupied by small business expansions and start-ups. Several major employers have been recruited into town, including a new chicken processor to take over the vacant plant.

Lee: I agree. Douglas is a great example of what we’ve been talking about because of the way they’ve approached inward investment. Today people make up 40 to 80 per cent of the cost of running a business so Douglas made a really smart move by telling the story of their people to investors like American Insulated Wire. If you look at everything they’ve done, from investing in local start-ups to developing new leaders, everything has been created around that central narrative of people. This was the vision that led the community and inspired growth.

It doesn’t have to be people though. Dungog in New South Wales used their town’s existing heritage – Australia’s oldest movie theatre – as the anchor for their Place Vision. They developed a plan to reignite the town’s cinematic past, making it the home of the largest Australian film festival.

Nine thousand people attended the 2010 film festival; it attracted national media coverage and the town built partnerships with iTunes, AFTRS, NIDA, and Newcastle University. The film festival has now evolved into the Dungog Festival, which encompasses other elements including sculpture and local produce.

Both case studies show how a vision can inject new energy and attract new commercial opportunities for struggling regional towns. A vision is not just about new landscaping in the city centre or a new town logo. This is about jobs, commerce and entrepreneurialism, leading to an improved local economy, restored community pride and optimism.

Want to know more? Connect with Lee HERE or connect with Douglas HERE.